The space R and R is holding its first exhibition, titled Letter Opening. It focuses on letter writing, as in both mail and characters. Lasting a month, the exhibition opens up and interacts with reading via the library (under construction). Some of the more interactive works in the exhibition have drawn out children from the neighbourhood, offering them the opportunity to draw, use different colouring techniques, solve puzzles or explore the exhibition. 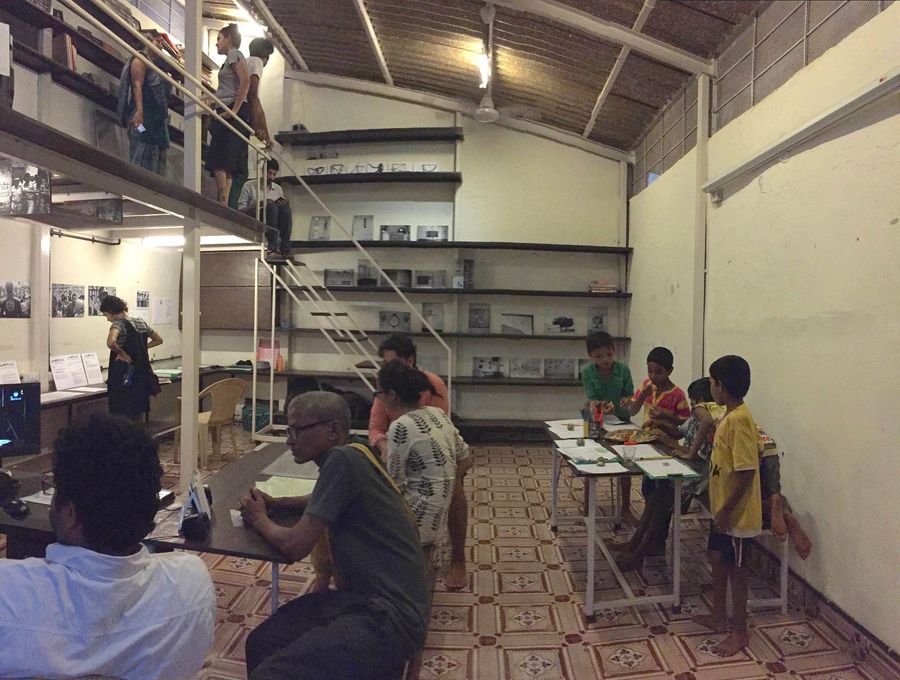