Crucial to Influx III by Gerald Machona & Pak Ndjamena is an attempt to disrupt the 55-minute hour scheme used by Cape Town garment factories, where an assembly line of seamstresses was governed by a clock that would run 55 minutes of production and 5 minutes of recess every hour. Rather than relying on a clock to keep time and the metronome beating, the two artists draw rhythm from a sewing machine to stitch together dance and installation. 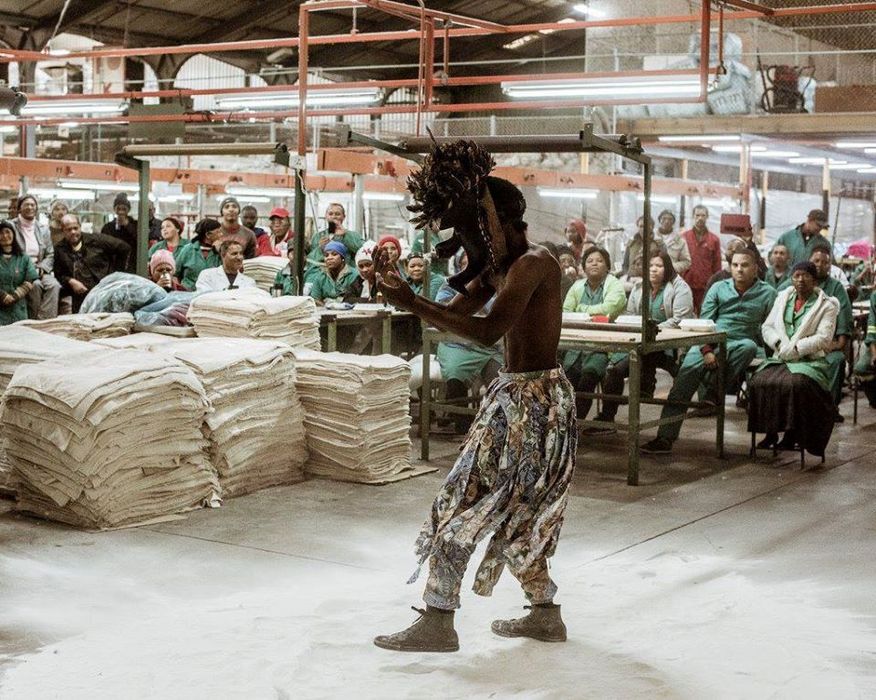 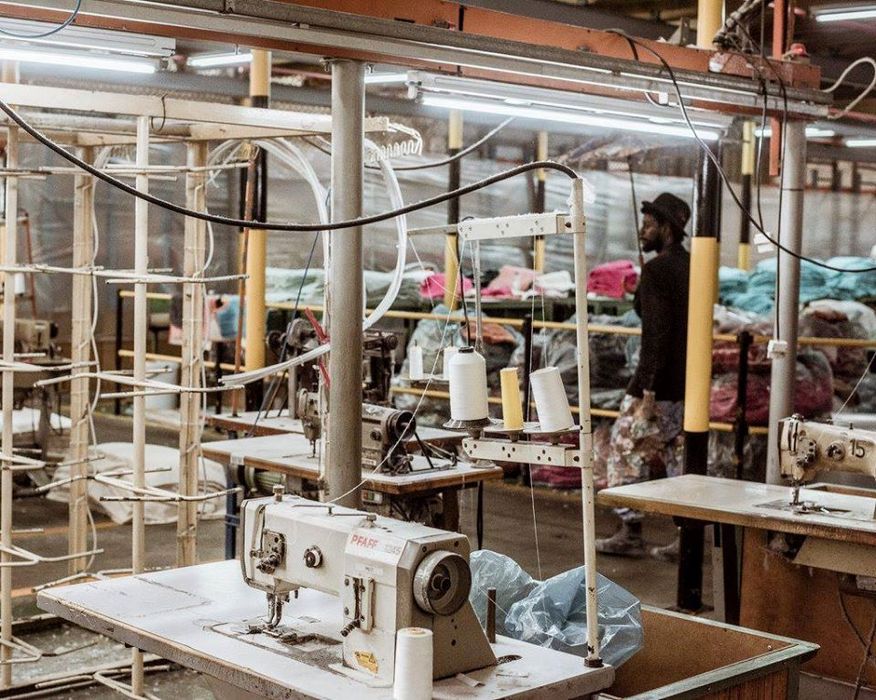 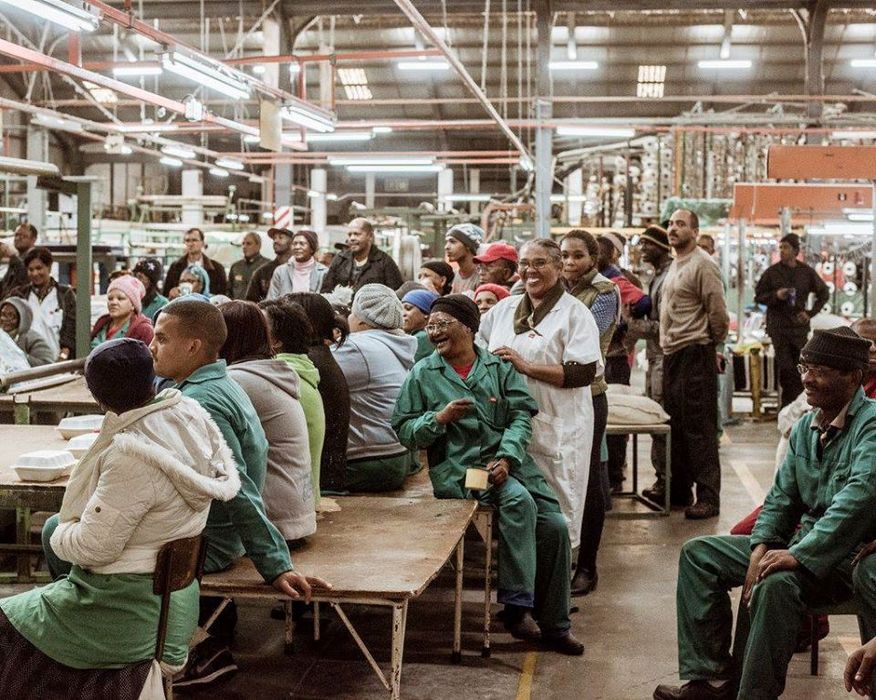 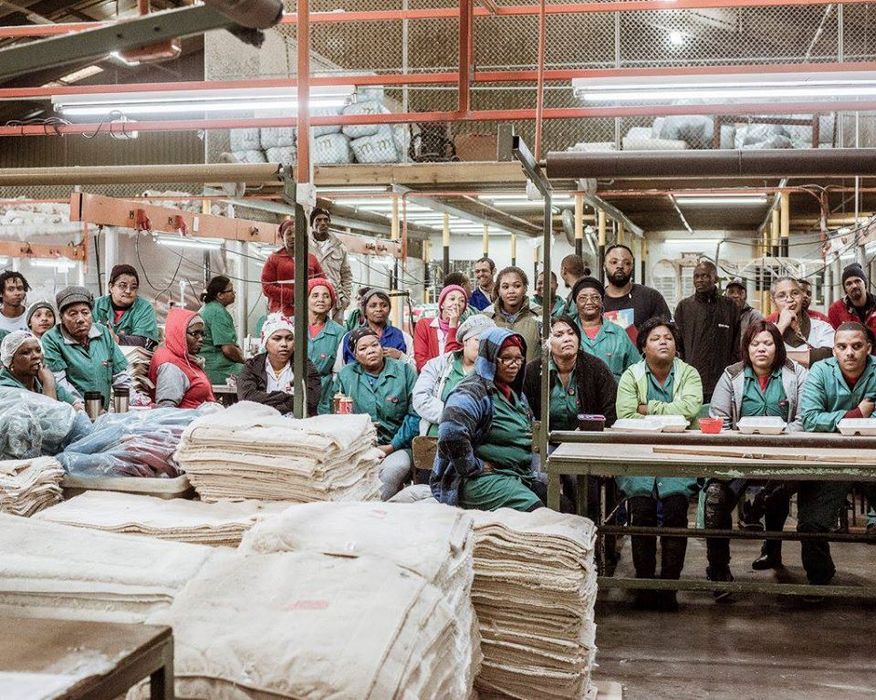 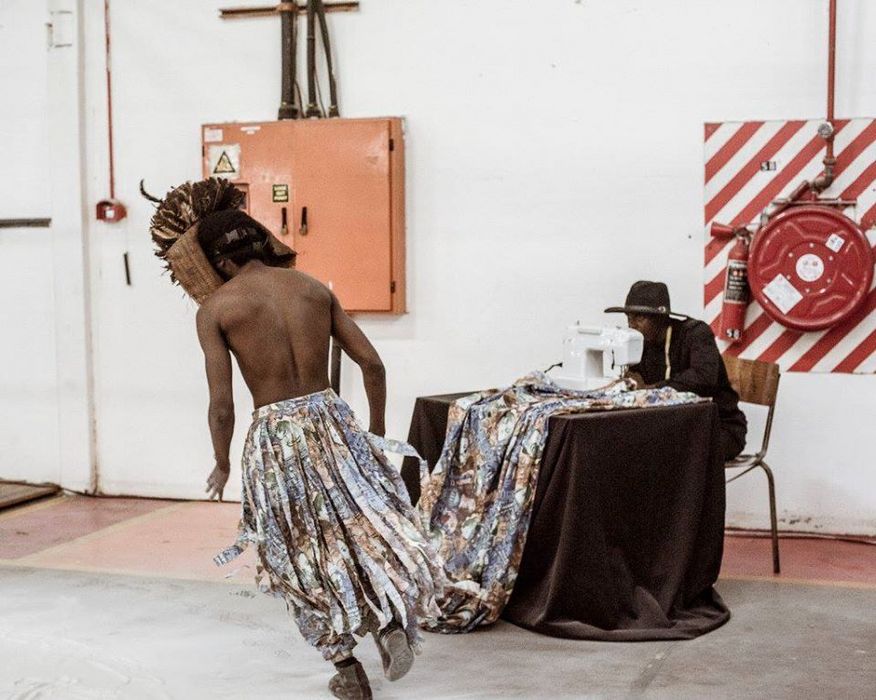 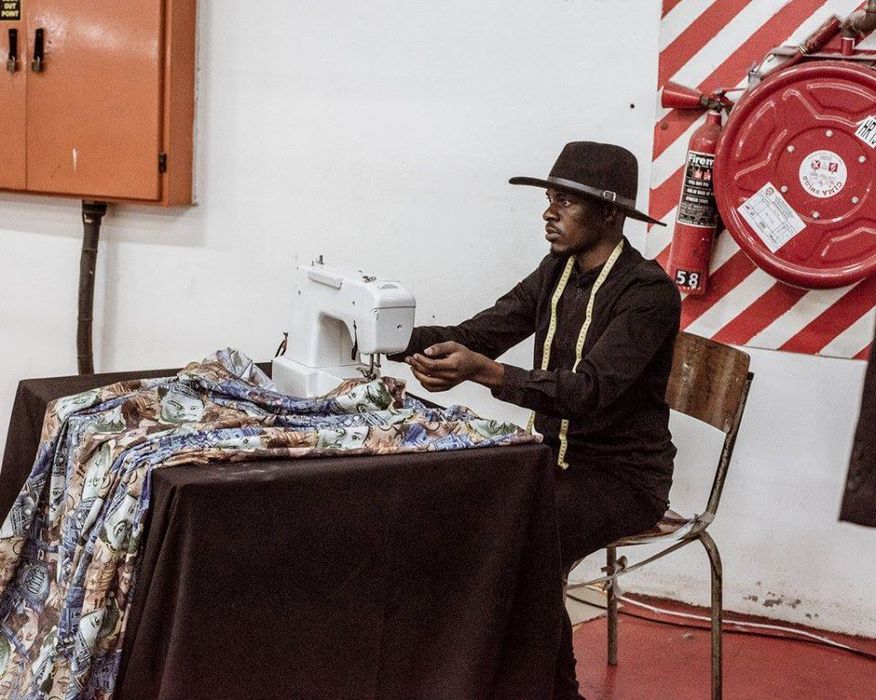 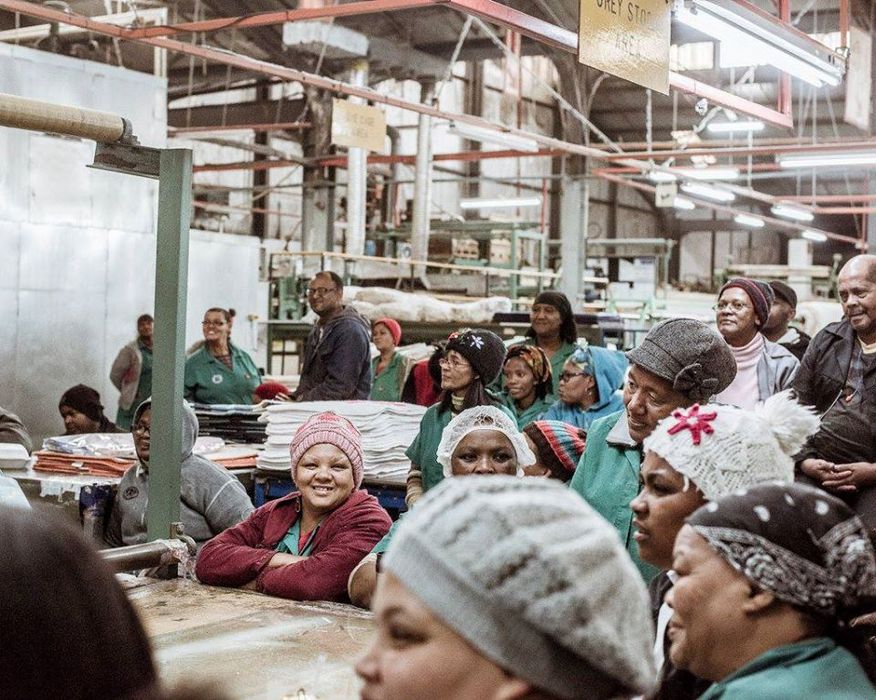 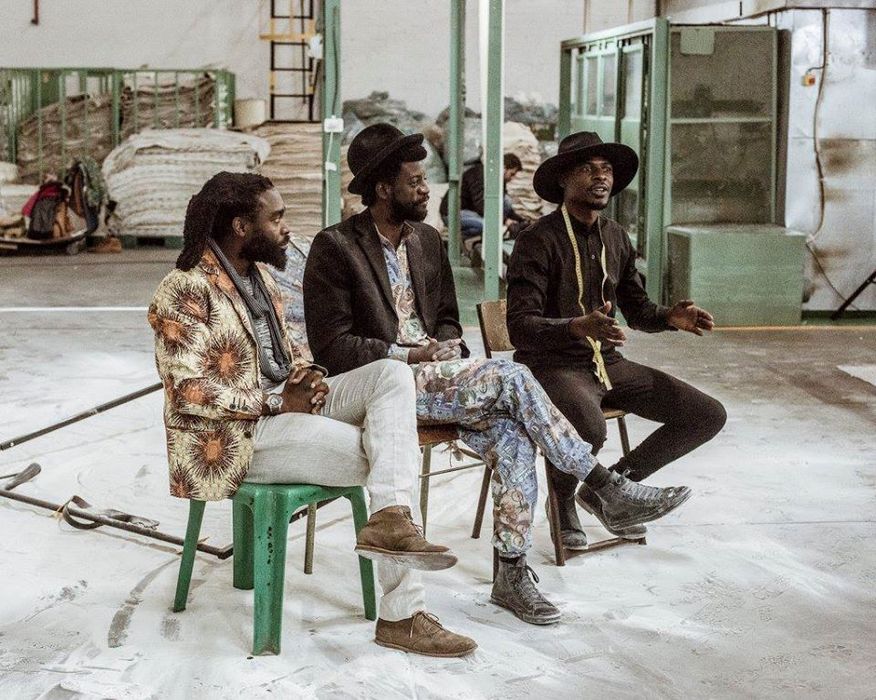 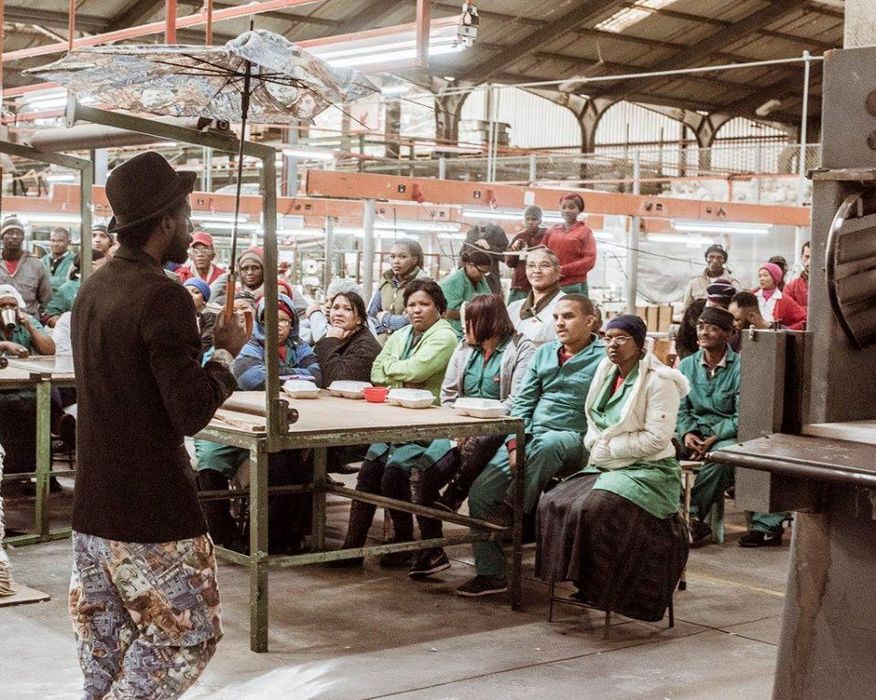 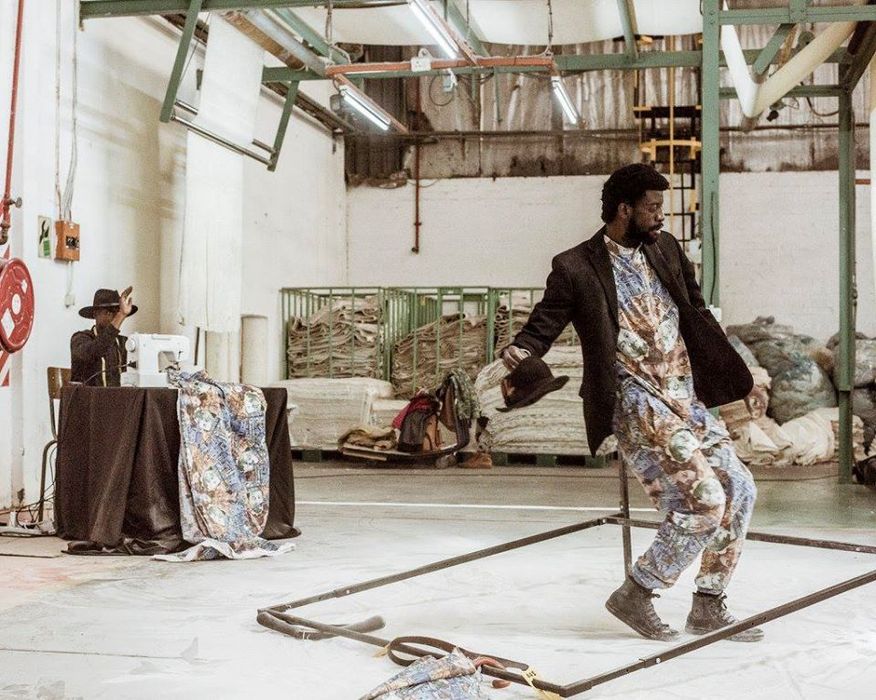