In Egypt, especially post–2011, the surreal legal domain is an everyday phenomenon that devastates people’s lives in both systematic and completely spontaneous ways.

In On Trials, Jasmina Metwaly and Philip Rizk explore the construction of Egypt’s spectral legal reality. Their film visits the sites and spaces where legal proceedings take place. It explores the legal microcosms in which the theatricality of the law creates a system that determines how humans act within and without given dogmas. It is through this theatrical realm that the rulers maintain their power.

In their attempt to lay bare this legal labyrinth, the artists explored a variety of narrative planes. One such approach involved conducting interviews and discussions with lawyers from the Association for Freedom of Thought and Expression (AFTE) and The Front of Defense for Egyptian Protesters. The discussions investigate the different units and processes legitimising the state’s legal hegemony.

Another approach entailed enacting a collectively imagined, alternate legal reality through improvised performances and mock trials with lawyers, as well as through employing storytelling techniques and other methods inspired by Augusto Boal's Theatre of the Oppressed.

Metwaly and Rizk also examined existing archival footage of testimonies and images including those archived by and at Mosireen, a media activism collective of which the artists are members. On Trials also includes a series of interviews with TV camera operators that shed light on the visual presentation of trials.

Elsewhere - Struggles across the Sea

In Elsewhere – Struggles Across the Sea, Alia Mossallam examines historic Alexandria as a hub of peripheral imaginaries. Here workers, activists and artists gathered to articulate new world views and join forces against existing ones.

The late 19th century witnessed a booming shipping industry and the excavation of the Suez Canal in Egypt. The latter attracted workers from all over the world while the former enabled them to take to the sea. At the time, borders were less rigid and passport regimes were not fully effective. Which meant that Italian anarchists and Syrian artists could flee political and religious persecution at home, often as stowaways on ships, to create new lives for themselves across the seas.

Researching archives in Alexandria, Beirut and London, Mossallam has delved into songs, theatre scripts, publications and personal artifacts from the period and, in doing so, she has traced a global, local movement that dreamt up an “elsewhere” in Alexandria.

Mossallam expanded and further explored her archival research and the material gathered from popular culture in a workshop, an installation and several public interventions in the streets of Alexandria.

Beirut is an art initiative and exhibition space in Cairo, Egypt. It was founded by Jens Maier-Rothe and Sarah Rifky in May 2012, with Antonia Alampi joining the same year. The initiative considers institution-building as a curatorial act. Its activities are centred around hosting artists, artworks, research projects and other institutions (local, regional or international) that wish to engage with shared questions concerning politics, economy, education, ecology and the arts. Mindful of the rapid changes Egypt and its surrounding regions are experiencing, Beirut provides room to contemplate and a place for response to contemporary life from the position of art. It acts as a forum through which the international community of artists and practitioners of multiple disciplines can share their affinities and social sentiments towards staking new grounds and take up critical positions that reflect upon this new and open situation. Recent exhibitions and programs include ‘How To Act: On Stages and Storytellers’ (2015) in collaboration with Jasmina Metwaly & Philip Rizk and ‘White Paper: The Land’ (2014) with artist Adelita Husni-Bey. www.beirutbeirut.org

Jens Maier-Rothe researches, writes and makes exhibitions. He is currently based in Berlin and Cairo, where he co-founded Beirut in 2012. He has written for and edited numerous publications and magazines. He attended the Critical Studies program at the Malmö Art Academy and the Independent Study Program at the Whitney Museum in New York. Recent collaborations include 'The Magic of the State' (2013), Lisson Gallery, London; 'Tape Echo' (2013-2014), Van Abbemuseum, Eindhoven; 'Here Today Gone Tomorrow' (2014), Stedelijk Museum and Trouw, Amsterdam; 'A Guest without a Host is a Ghost' (2014-2015), Kadist Art Foundation, Paris. Most recently, his essays have appeared in Camera Austria International No. 126 (Graz/Berlin, 2014); Uncommon Grounds: New Media and Critical Practices in North Africa and the Middle East (I.B. Tauris, London, 2014); Mass Effect: Art and the Internet in the 21st Century (MIT Press/New Museum, 2015).

Jasmina Metwaly is a visual artist and filmmaker. She co-founded the 8784 project and is also a founding member of the Mosireen media collective. Having studied painting, over time her interest shifted to the intersection/division between single-channel image, video and documentary filmmaking. Metwalyʼs work has been exhibited at local and international art venues and festivals including Townhouse Gallery, Cairo (2010), Cairo Documenta, Cairo (2010/2012), IFFR, Rotterdam (2012), and Berlinale Forum Expanded, Berlin (2014).

Jasmina Metwaly and Philip Rizk are an artist/filmmaker duo working together since 2011. They formed the video collective intifadat intifadat in 2011 and produced the series of videos ‘Remarking January 25’ (2011). In 2015, Rizk and Metwaly released their first feature film Out on the Street in which they engage with performativity and theatre in a piece with non-professional actors exploring the social and political landscape in Egypt leading up to the Egyptian Revolution of 2011. The film premiered at the 2015 Berlinale and a work around the film is presented at the 56th Venice Biennale (2015). In collaboration with the exhibition space Beirut, they presented ‘How To Act: On Stages and Storytellers’ (2015), a program of film screenings, talks, and discussions, inspired by their on-going research, which uses as a starting point the conditions of work, labour and revolt.

Alia Mossallam has been teaching at The American University in Cairo since 2014 and the Cairo Institute for Liberal Arts and Sciences (CILAS) since 2015. She is currently holding a series of workshops for ‘Reclaiming Revolutionary Histories’ with activists and artists, often on remote islands in Egypt. Disguised as an academic, Mosallam spends most of her time listening to people tell stories, and experimenting with ways to re-tell them. Her recent focus has been on stories behind popular movements and revolutions that make nationalist histories but are seldom told. She continues to look for these stories, and songs, in an attempt to recover a lost history of popular movements; in hopes that one-day, we may write our own. Her recent work—including her 2012 Ph.D. thesis, Stories of Peoplehood—revisits experiences of the workers and resistance fighters behind the 1952 coup d’état in Egypt while another traces a peasant uprising before the 1919 revolution in the form of a play called Whims of Freedom. She is now engaged in projects, which endeavour to create spaces for youth inside and outside of academic institutions in Egypt (and beyond), and to search their personal and communal histories with the intention of exploring the idea of retellings. http://etheses.lse.ac.uk/687/1/Mossallam_Stories_of_peoplehood.pdf

Sarah Rifky is a curator and writer. She is the co-founder of Beirut, directs CIRCA (Cairo International Resource Center for Art), and was curator of the Townhouse Gallery (2009-2011). She co-directed the MASS Alexandria independent studio and study program (2010-2012). In 2007 she received her MFA in Critical Studies from the Malmö Art Academy, Lund University, Sweden. She has been an agent for Documenta 13, and was the co-editor of the artist book Reloading Images: Damascus / Work in Progress (2008). Recently, she has also contributed to numerous publications and newspapers, including Egypt Independent (Al Masry Al Youm), Bidoun, Mousse, Flash Art, Spike Art Quarterly and Art Agenda.

Philip Rizk is a filmmaker and activist. He studied Philosophy and Anthropology and has been working with video since 2008, with the primary intention of engaging with community struggles in Egypt. His first film was the short documentary This Palestinian Life (2009). In 2010, Rizk completed the short film series ‘Sturm’, a two-channel articulation exploring rural and industrial ruin in Egypt. Rizk’s films have been screened at numerous festivals including the Berlin Biennale (2012) and IFFR (2012). Rizk is a member of the Popular Campaign to Drop Egypt’s Debt and the Task Force Against Torture. Rizk's texts have appeared in various collected volumes, such as the Journal of Human Geography and on the sites jadaliyya.com and roarmag.org. 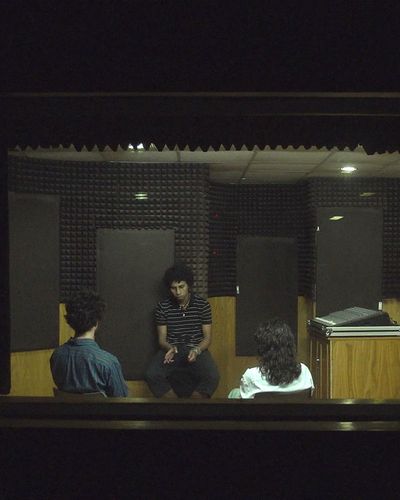 ELSEWHERE – STRUGGLES ACROSS THE SEA 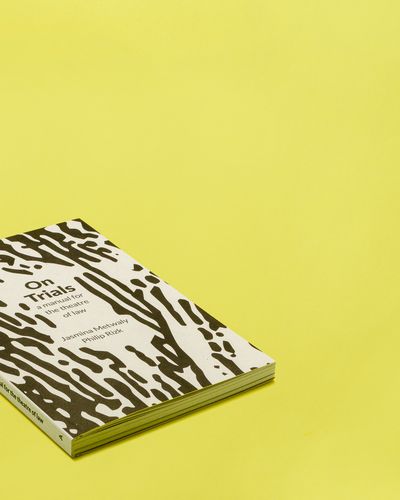 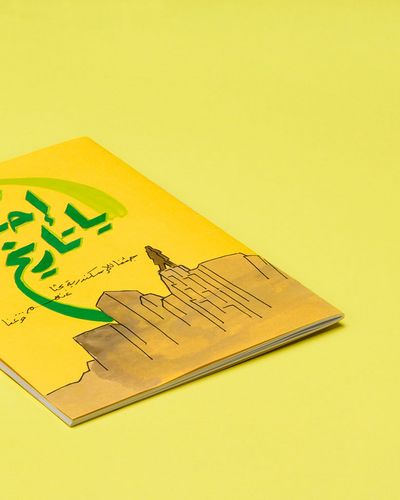 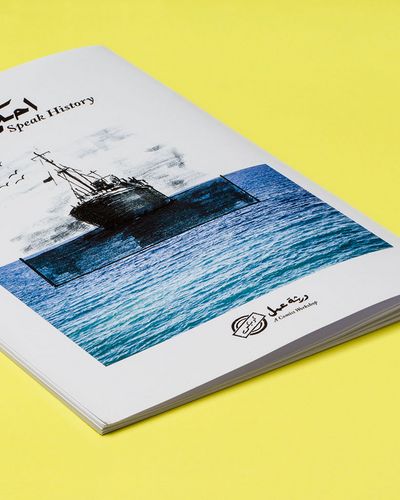