The Cape Town chapter of Draft comprised select and seemingly random happenings in visual art, performance, music, poetry and video at apposite sites in and around the metropolis. This covert approach underscored the central intentions of the series: as a gentle and submerged way of foregrounding notions of visibility and invisibility, of acceptance and rejection, in Cape Town’s highly contested municipal and township spaces.

The spontaneous and improvised performances were intended to provoke conversations about structural, institutional and personal prejudices, located within and beyond the de-colonial and neo-colonial projects.

While the project was originally inspired by the 2015 student-led protests and their sense of urgency of the present, the artists — via their socially engaged artistic practice — contributed to a dynamic and interactive communal undertaking, which constantly shifted and altered predetermined schemas of art, its institutions, and its expected publics. An array of sites from across the city formed a critical component that was carefully chosen so as to engage in dialogue with the theme of each micro-event. The interventions took place between May and July 2016.

Any Given Sunday was curated by Riason Naidoo, with the advisory support of Jay Pather and Richard Pithouse and the curatorial assistance of Mhlanguli George.

For detailed information about the project with photographs and videos, please visit the Facebook page ‘Any Given Sunday, Cape Town’ here.

Riason Naidoo is a South African curator. He has curated several exhibitions on the work of veteran Durban photographer Ranjith Kally (b.1925), which have been shown in Johannesburg and Durban (2004) and travelled to museums in Mali (2005), Austria (2006), Spain (2006), and Reunion Island, France (2007). ‘The Indian in DRUM Magazine in the 1950s’ followed in 2006. The project was curated out of 500,000 negatives from the Bailey’s African History Archive; in 2008 he published a book by the same name. ‘1910-2010: From Pierneef to Gugulective’ has been his most ambitious exhibition, showcasing a century of South African art via almost 600 artworks at the South African National Gallery, Cape Town (2010). The exhibition sparked debate and controversy not only nationally but in reviews in New York, London, Berlin and Amsterdam as well. In 2012, he was one of three curators of the 10th edition of the Dakar Biennale of contemporary African art in Senegal. He also curated exhibitions on the works of legendary South African artist Peter Clarke in Dakar (2012), London (2013) and Paris (2013).

Jay Pather is a South African curator and choreographer. He is Associate Professor at the University of Cape Town (UCT), Director of UCT’s Gordon Institute for Performing and Creative Arts (GIPCA) and Artistic Director of Siwela Sonke Contemporary Live Art, Cape Town. Pather is also curator for the Infecting the City Public Art Festivals and The GIPCA Live Art Festivals, he serves as a juror for the International Award for Public Art and is on the Board of the National Arts Festival of South Africa. Using choreographic conventions to disrupt and subvert ‘intimate’ encounters, Pather’s work brings slippery notions such as nationhood, love and violence to the fore. He has collaborated with visual artists, architects and urban planners, taking his inter-cultural performances into public spaces and working with the architecture of Johannesburg, Durban, London, Zanzibar, Amsterdam, New York, Barcelona, Bombay, Muscat, New Delhi, Copenhagen, Koln and Cape Town. He has received choreographic commissions from the British Council, The World Economic Forum, the Consul General Of India and World Social Forum amongst others. Productions include Afrocartography (Barcelona, 2009); Blind Spot (Copenhagen, 2009), and Stravinsky’s Le Sacre du Printemps, which opened the 2015 Dance Umbrella in Johannesburg.

Richard Pithouse lectures at Rhodes University, Grahamstown, where he teaches contemporary political theory and urban studies and runs an annual semester-long postgraduate seminar on the work of Afro-Caribbean psychiatrist, philosopher, writer and revolutionary Frantz Fanon. His recent academic work focuses on emancipatory political theory and popular struggles in contemporary South Africa. He is also a widely published journalist who has written about music, poetry and politics. He sustains a lifelong commitment to active participation in popular struggles. 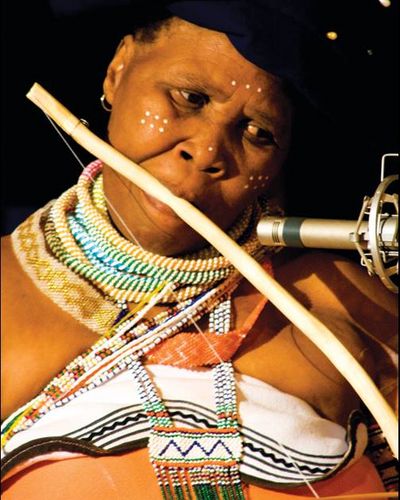 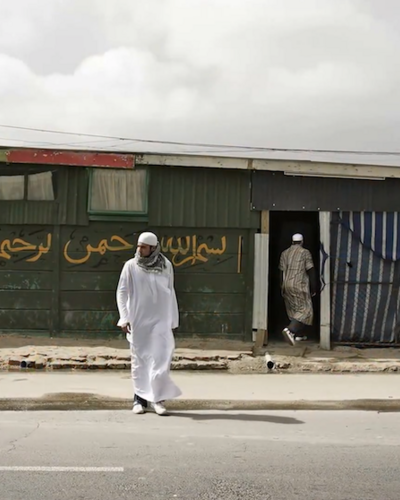 SIGHTING OF THE NEW MOON 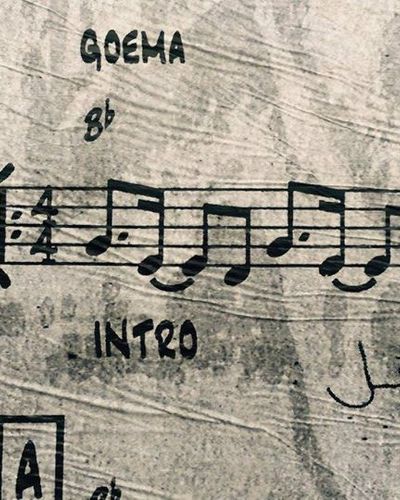 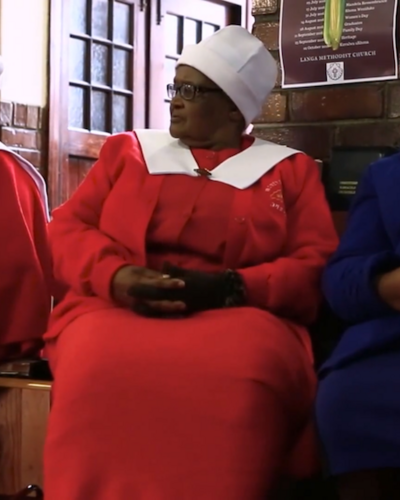 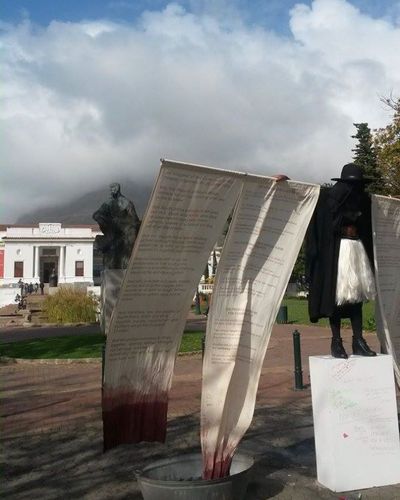 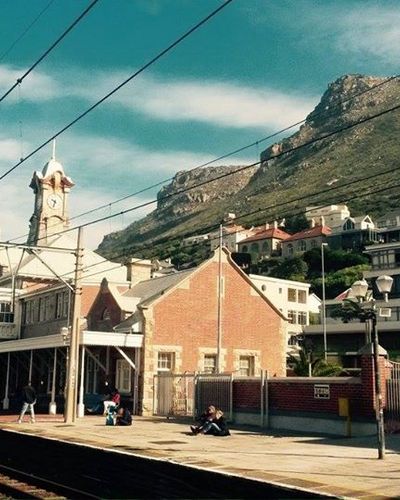 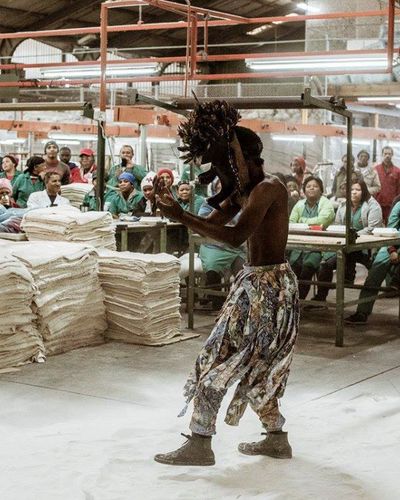 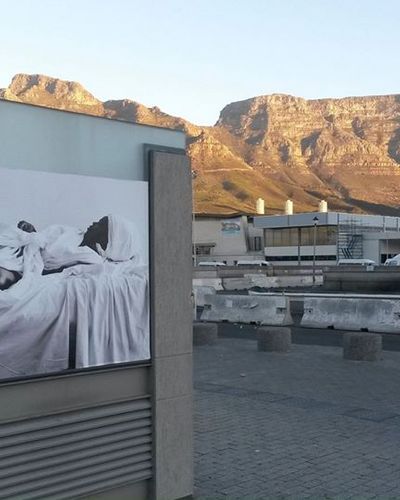 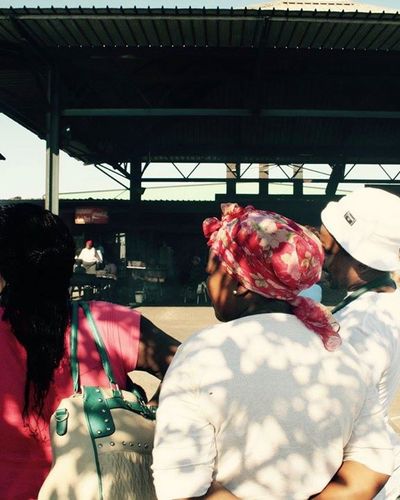 A 24-page special feature on 'Any Given Sunday' was launched in the Mail & Guardian on Friday 21 January 2022 (exclusive to Cape Town and surrounding areas, South Africa). Edited by Riason Naidoo, also curator of the exhibition, the publication looks back on, illuminates and analyses the art project that took place in the ‘Mother City’ five years ago. This is not your conventional exhibition catalogue, and includes a series of insightful essays by choreographer Jay Pather, editor and political analyst Richard Pithouse, African political theorist Anthony Bogues, writer Thuli Gamedze, anthropologist and archaeologist Uzma Rizvi and a curatorial text by Naidoo himself. Also featured are exclusive interviews and profiles on each of the artists’ interventions—Buhlebezwe Siwani, Zanele Muholi, Gabrielle Goliath, Gerald Machona and Pak Ndjamena, Sethembile Msezane, Burning Museum, Hasan and Husain Essop, poet Koleka Putuma and veteran musician Madosini—that makes ‘Any Given Sunday’ a must read for all those interested in art, culture and politics!

The Rupert Museum in Stellenbosch is currently showing a version of ‘Any Given Sunday’ until Sunday, 27 February 2022

The publication will also be launched during the Cape Town Art Fair (18-21 February)! Details to follow.