R and R is a centre for artistic and intellectual activity located amid the slum resettlement colony of Lallubhai Compound. It opened on 20 March 2016 and operates out of a rebuilt shed located on the eastern edge of Mumbai.

The name of the centre is a play on R&R, a policy acronym for Resettlement and Rehabilitation. R&R is a state-run programme for resettling slum dwelling families that are affected by large infrastructure projects.

In the past ten years, more than 50,000 families have been displaced from their original locations around the city of Mumbai and resettled in densely populated neighbourhoods on the outskirts of the city. While such large-scale resettlement is not new, the experiences of the 70s—when similar numbers of people were displaced as part of an early resettlement drive—show that such neighbourhoods typically take a long time to “settle.” This happens mostly because such displacement results in a loss of original networks, which are so vital for urban communities.

Riffing off the policy jargon, R and R comes into its own through its many permutations including Rest and Relax, Research and Rethink, Roots and Renewals, Read and Recite, and Rock and Roll. These reinterpretations then become the broad thrusts for R and R programming.

As part of the first phase of its programming, R and R  hosted a series of events, workshops and studios that address and develop the elements of the centre, with the garden and library as current focuses.

Zinnia Ambapardiwala studied physics, moonlights by day as a hairdresser and is a system administrator with CAMP, Pad.ma, and Indiancine.ma, since 2008.

Shaina Anand is a filmmaker and artist. She has been working independently in film and video since 2001, first as ChitraKarKhana, a small-scale unit for experimental media and from 2007 as part of CAMP. Her primary concerns are in producing images in a way that customary roles of subject, author and technology devolve to produce new movements. www.chitrakarkhana.net

CAMP is a collaborative studio founded in Mumbai in 2007. It has been producing provocative new work in video and film, electronic media, and public art forms, in a practice characterised by a hand-dirtying, non-alienated relation to technology. CAMP's projects have entered modern social and technical assemblies: energy, communication and surveillance systems, neighbourhoods, ships, archives – things much larger than itself. These are shown as not having a fixed function or destiny, making them both a medium and stage for artistic activity. CAMP’s work has been shown in venues such as Khoj, Sarai, Lalit Kala Akademi and NGMA New Delhi; Dr Bhau Daji Lad Museum, Gallery Chemould Mumbai; MoMA and New Museum New York; Serpentine Galleries and Gasworks London; Asia Art Archive and M+ Hongkong, Ars Electronica Linz, HKW Berlin, MoMA Warsaw, Askhal Alwan Beirut, Experimenter Kolkata and Documenta 13 Kassel; in the streets and markets of Bangalore, San Jose, Dakar, Mexico City, East Jerusalem, Delhi and Mumbai; in the biennials of Shanghai, Sharjah, Gwangju, Taipei, Singapore, Liverpool and Kochi-Muziris; at film venues such as the AV Festival, BFI London Film Festival, Viennale, Flaherty Seminar, Anthology Film Archives, and CAMP’s own rooftop cinema. From their home base in Chuim village, Mumbai they co-host the online archives Pad.ma and Indiancine.ma among other longue-duree activities. www.studio.camp

Gitanjali Dang is a Mumbai-based curator, writer and researcher. She is interested in shrinking distances between all manner of contexts—ideas, histories, philosophies, geographies, people, disciplines, and so on. By creating intimacy between contexts Dang hopes to make visible their underlying hybridity and question notions of identity construction. Past exhibitions and projects include the online intervention 'www.beam-me.net' (2010), 'Caution: Children at Work' (2011) Mumbai Art Room, Mumbai and 'Shikaar: The Hunt' (2011) Select City Walk Mall, New Delhi. She is currently curator of Khanabadosh, an itinerant arts lab she found in Mumbai in 2012. Her criticisms and articles have appeared in publications such as Art Papers, Frieze, Art Agenda, The Times of India and Nafas Art Magazine. She has lectured and presented papers at Kunstmuseum Thun, Switzerland, and Jawaharlal Nehru University, New Delhi, among others. Together with Christoph Schenker, she is co-founder of Draft. www.khanabadosh.info

Rupali Gupte is an architect and urbanist. She is founding member and trustee of Society For Environment and Architecture that runs the School of Environment and Architecture (SEA), where she also teaches. She is also founder member of the Collective Research Initiatives Trust (CRIT), an organisation that works on research and practice in urbanism. In addition, she is also a partner in RRarchitecture101, an architectural design practice, and is associated with Cornell AAP and Kohn Pederson Fox, New York, the KRVIA Design Cell, Mumbai and the Urban Design Research Initiative (UDRI), Mumbai. Along with Prasad Shetty she is consulting Urban Management expert to the Town Administration of Mendefera, Eritrea. She also teaches at Kamla Raheja Vidyanidhi Institute of Architecture (KRVIA), Mumbai. Her interests lie in a cross-disciplinary investigation into the contemporary urban condition. She has been a Research Fellow with KRVIA and with Sarai-Centre for the Study of Developing Societies (CSDS) and architect in residency at Khoj (New Delhi). Her works include a semi-fictional history of Mumbai titled Tactical City, Tenali Rama and other stories of Mumbai’s Urbanism (Cornell University, 2006); Architectural Fictions as part of ‘Jugaad Urbanism’ (2011), American Institute of Architects, New York and an installation titled ‘Pothole City’ produced for the Art-Architecture Residency at Khoj, New Delhi. www.sea.edu.in and www.crit.in

Rupali Gupte and Prasad Shetty are urbanists based in Mumbai. They believe that the urban realm is incoherent, unbound, unstable and gets worked out through multiple and messy logics. Their conceptual journey has moved from an urge for mapping cities, articulating problems and developing corrective interventions to looking closely at urban conditions, formulating newer ways to speak about them, and developing engagements to live and find delight. Their work often crosses disciplinary boundaries and takes different forms—writings, drawings, mixed-media works, storytelling, teaching, conversations, walks and spatial interventions. Some of their joint works include Multifarious Nows (2007), Manifesta 7, Bolzano, a multi-media map of the textile mill lands in Mumbai and Studies of Housing Types in Mumbai (2007) produced for Urban Age, London School of Economics, the work is a compilation of twenty-one housing typologies in Mumbai with narratives on the contexts of their production, Gurgaon Glossaries (2013) a methodology to read cities, shown at Sarai 09 Delhi, Mumbai Art Room and the Sao Paolo Architecture Biennale and Transactional Objects (2015) an installation shown at the 56th  Venice Biennale.

Khanabadosh is an itinerant arts lab founded in Mumbai in 2012 by curator, writer and researcher Gitanjali Dang. Persian for those who carry their homes with them, Khanabadosh thrives on latitude; not having a fixed address helps. Khanabadosh is committed to latent connections, combinatory play, interdisciplinarity, commons and engaging with the past in order to envision the imaginaries of the future. Recent projects include ‘Kairos’ (2013) Shedhalle, Zürich, a sequence of documentary screenings, which focused on disenchanted voices of the Indian subaltern and included works by Anand Patwardhan, Rakesh Sharma and Sanjay Kak and ‘The Age Of Re:discovery’ (2014), a nine-month long online workshop by Compasswallah which accessed the history of science through the urban situation. Khanabadosh in collaboration with Institute for Contemporary Art Research (IFCAR), Zurich University of the Arts (ZHdK) is the co-organiser of Draft.

Prasad Shetty is an urbanist and founding member of the Collective Research Initiatives Trust (CRIT). He also works with the Mumbai Metropolitan Region – Environment Improvement and Heritage Conservation Society and teaches at the Rachana Sansad’s Academy of Architecture, Mumbai. His work involves research and teaching on contemporary Indian urbanism including architectural practices, studies of post-industrial landscapes, housing types, archiving post-liberalisation developments, entrepreneurial practices and urban property. He has also been a lecturer at the Kamla Raheja Vidyanidhi Institute for Architecture (KRVIA), an Independent Fellow at The Sarai Programme at Centre for the Study of Developing Societies (CSDS), Delhi and a Consulting Urban Management expert, together with Rupali Gupte, to the Town Administration of Mendefera, Eritrea. His recent works include De-Mapping (2011), an installation emerging from the hyper-mapping tendencies of urban study practices and Bombay Talkies and Other Stories of Malad (2013) comprising research on the land politics in the suburbs of Mumbai. www.cityscans.wordpress.com

Ashok Sukumaran is interested in everything, but especially things that disappear from our sensibility, and then our intelligences. He has been trying to assemble recall mechanisms and provocations for the future from such diverse materials as electricity, leaky phone taps, neighbours and unlikely collaborations. He co-founded CAMP in 2007. 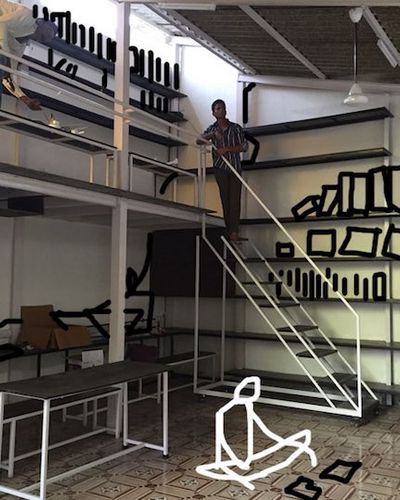 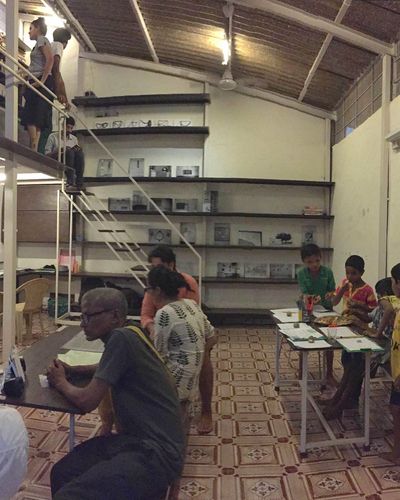 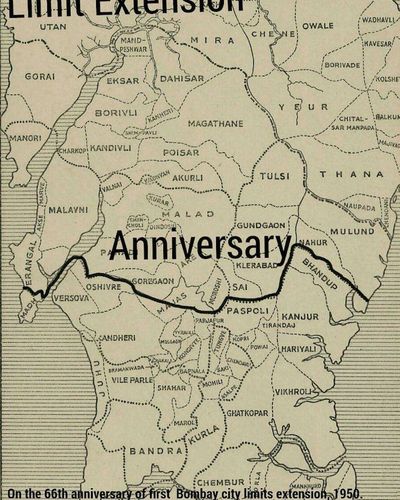 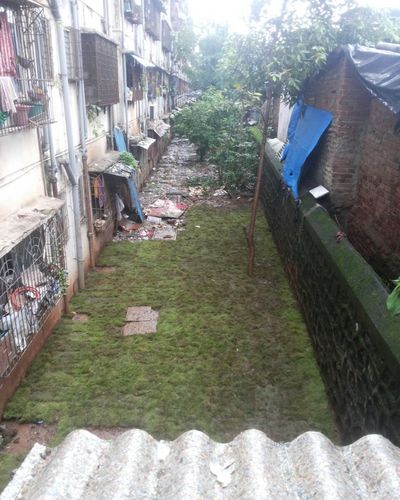 WHAT IS A GARDEN?