For over three centuries, Swiss commodity trading was entangled in colonial and later in postcolonial and neoliberal structures. By fuelling early modern industrialisation as well as today's financial services industry, Swiss trading activities have long traversed vivid cultural, affective and moral economies. They have contributed to both Swiss wealth and national narratives of independence, safety and white supremacy. Yet, public debate on colonial involvement is almost absent.

The Zurich-based artistic-ethnographic project Swiss Psychotropic Gold re-narrates the global gold trade —from mining in former colonies to its refining in Switzerland— as a series of metabolic exchanges of affects, narratives and subjectivities. The Swiss mythology of neutrality transforms —quasi alchemistically— the often violent and “dirty” material web of mining and trading into an opaque public of orderly technocracy, discretion and virtual finance.

From volatile non-presence to solidifications and again to derivative evaporations, from micro trading and quants to contingence and testosterone, from movement and dynamis, from past and futures to insurance and risk: This artistic intervention fabulates how molecular, psychotropic and derivative materialities of gold invisibly charge Swiss subjectivities, debates and public spaces. It explores how postcolonial amnesia and global bravado are condensed into Swiss innocence and righteousness. It is a story of logistics through black bodies, through women’s bodies tied to the passing of golden gifts, from poisonous effects and pharmacological remedies to delirious states of un-knowing.

The Institute for Contemporary Art Research (IFCAR) was founded in 2005 to give impetus to artistic research and other closely related inquiries on an institutional basis. It’s a division of the Department of Art & Media, Zurich University of the Arts (ZHdK). The institute has two research focuses. In research field Art and Knowledge, artists explore specific forms and functions of artistic knowledge within contemporary cultures of knowledge. Although practice-based and subject-specific, the research also implicitly relates to theory of science. In the second research field, Public Art, artists investigate how their practices bring into view, reflect, and contribute to—particularly urban—social changes. In doing so, art develops its own means, tactics, and conceptions. The majority of IFCAR’s projects are carried out by interdisciplinary teams and through transnational cooperation. IFCAR is publisher of a monograph series, which comprises fifteen titles so far. IFCAR in collaboration with Khanabadosh is the co-organiser of Draft.

Rohit Jain is an anthropologist and anti-racism activist. Currently, he is Scientific Officer at NCCR on the Move, the National Center of Competence in Research for Migration and Mobility Studies at the University of Neuchâtel. His research has sought to understand and articulate how the representation and commodification of difference is engaged and contested in transnational spaces of colonialism and global capitalism. Jain has done research on the colonial Indological gaze of Max Müller on India, on the entanglements of racism and humour in Swiss TV comedy and on the connection of the Swiss public spectacle of Bollywood, yoga and IT with postcolonial anxieties. Jain’s Ph.D. thesis was focused on how persons of Indian origin, who grew up in Switzerland, negotiated multiple norms of assimilation, exoticism and global Indian modernity in transnational life-worlds and public spaces. His current aim is to find strategies to better understand, represent and appropriate the multiplicity of subject-making and the fractional translation of meaning in assemblages and hierarchies of postcolonial global capitalism, combining multi-sited ethnography and cultural studies with political interventions and collective transdisciplinary approaches. He most recently contributed a chapter to Swiss Colonial Encounters and Postcolonial Assemblages (2015, in print) edited by Harald Fischer-Tiné and Patricia Purtschert.

knowbotiq is an artist group based in Zurich, Berlin and Lisbon. They have been experimenting with forms and medialities of knowledge, political representations and post digital agency since 1992; formerly as knowbotic research with Alexander Tuchacek. In the context of their artistic research, the group has realised various projects in urban public spaces. knowbotiq is currently working on post-digital constructions of history in the context of the 100 years of Dada Zurich, focusing on the uncertainties of technologically traumatised landscapes, such as the coal mining in the Ruhr area in Germany, and human-machine landscape hybrids related to the agricultural policies in Tyrol, Austria. They have participated in the 48th Venice Biennale (1999), Seoul Biennale (2002), Shenzhen & Hong Kong Bi-city Biennale of Urbanism/Architecture (2007), Biennale Rotterdam (2009), Moscow Biennale (2011), Salon Suisse at the 56th Venice Biennale (2015) and exhibited at Museum Contemporary Art, Helsinki (1994), Hamburger Kunstverein, Hamburg (1995), Museum Ludwig, Cologne (2000), New Museum, New York (2002), and MOCA Taipei (2004). Awards include: the Prix Arts Electronica (1994 and 1998), the International ZKM Media Art Award (2000) and the Claasen Prize for Media Art and Photography (2001). www.krcf.org

Christoph Schenker is Professor of Philosophy of Art and Contemporary Art at the Zurich University of the Arts (ZHdK). He has been head of the Institute for Contemporary Art Research (IFCAR), part of the university’s Department of Art & Media, since 2005. His main research interests are artistic research as well as public art. Under his direction, IFCAR produced public art research projects by Harun Farocki, Bethan Huws, Ken Lum, Shirana Shahbazi, Lawrence Weiner and Sislej Xhafa in Zurich and Engadine, Switzerland. He co-edited MIND THE GAP, Kunsthof Zurich, Materials and Documents 1993 – 2013 (2013), a publication tracing the exhibition history of the outdoor exhibition site Kunsthof Zurich, which he established and conducted between 1993 and 2005 in close collaboration with art students. Furthermore he has co-edited Kunst und Öffentlichkeit, Kritische Praxis der Kunst im Stadtraum Zürich (2007), a research publication on public art and its contexts in Zurich, and most recently Künstlerische Forschung, Ein Handbuch (2015). He is co-directing Draft together with Gitanjali Dang. www.ifcar.ch 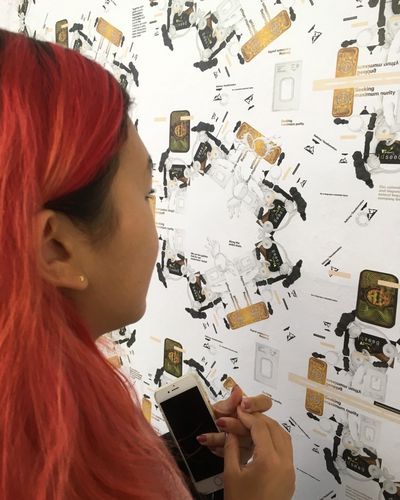 WHAT IS YOUR MISSION? 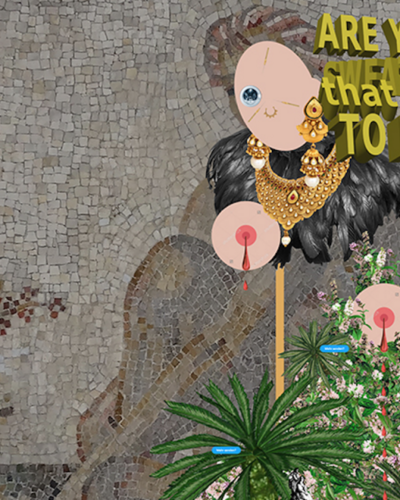 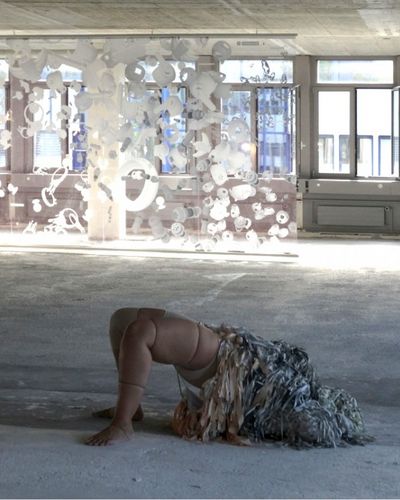 Switzerland plays a central role in the global gold commodity trade, especially in gold refining. The volume follows the entanglements of the global metabolism of gold by tracking down the elusive and often invisible paths of molecules, affects and violence – Swiss Psychotropic Gold.

Free download of the introduction by Nina Bandi, Rohit Jain and knowbotiq here
To order the book: merianverlag